I haven’t got to see much of the 2010 Winter Olympics this year as a result of my lack of television ownership, but I did get to see curling this evening and Snowboard halfpiping last week.  My brother is out in Vancouver working the curling event for NBC so I did feel a bit obligated to watch his fine work.  He has forwarded along some behind the scenes photographs from the event and we’ll get to that in a minute.  First, curling is a sport that is positively baffling to the common man so I did a little research and found out how it works.

Amazing.  Who knew.  Now that thy mystery of curling has been decloaked for the world to see I thought to share some of my brother’s images from Vancouver.

Curling, behind the scenes: 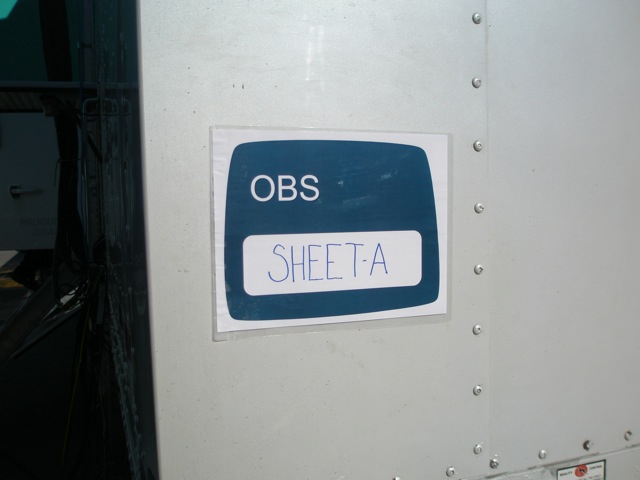 There are four production trucks at curling switching separate shows for each sheet, this is the truck for Sheet A. 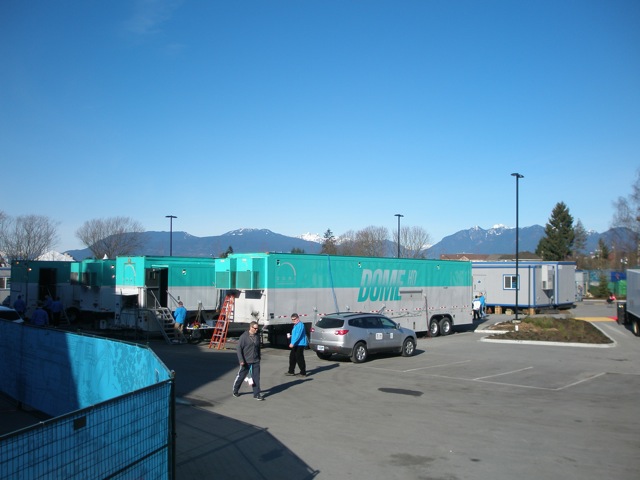 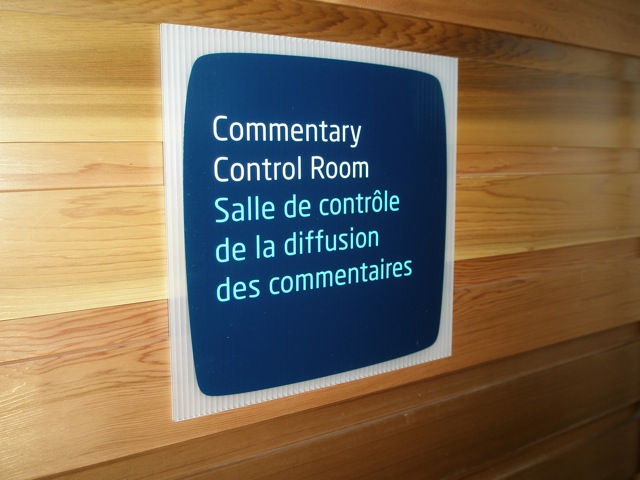 CCR where my brother works 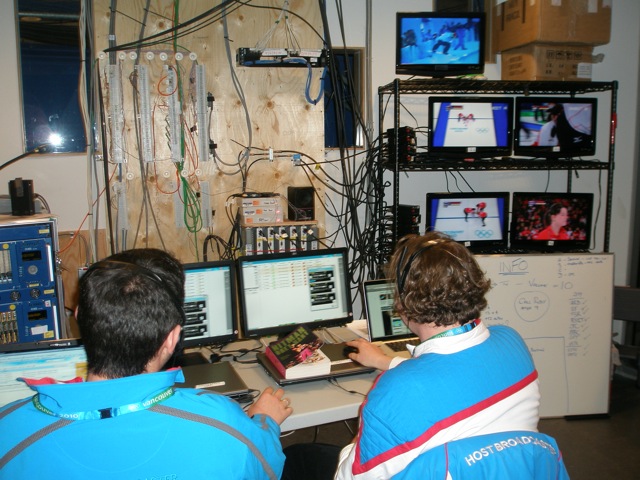 Here is the CCR where all the commentary positions for each country are controlled from. On the rack to the right the four monitors are monitoring each sheet. The one above is the Canadian TV feed my brother managed to “obtain” so they could watch other sports… 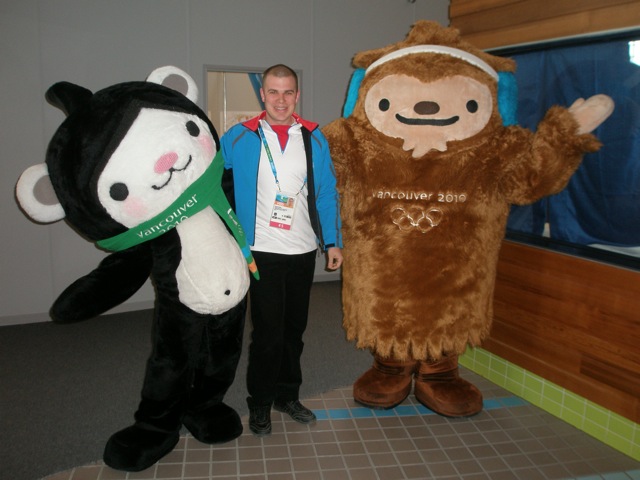 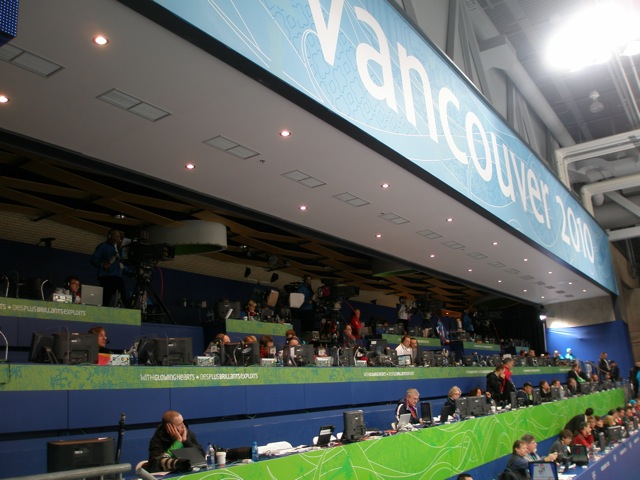 These are the commentary positions that my brother manages, which are bookable by any country to cover the event 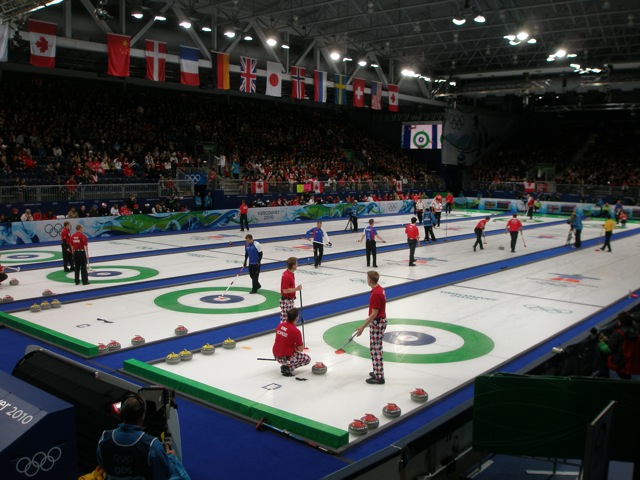 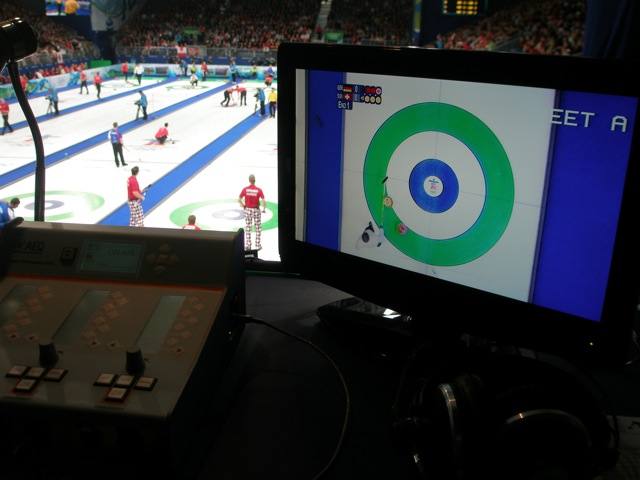 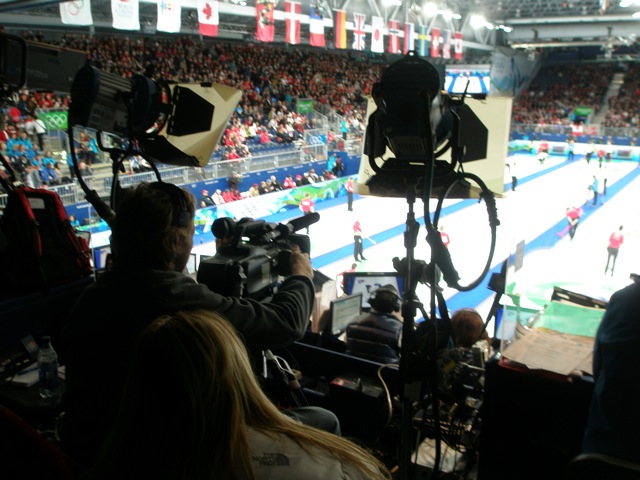 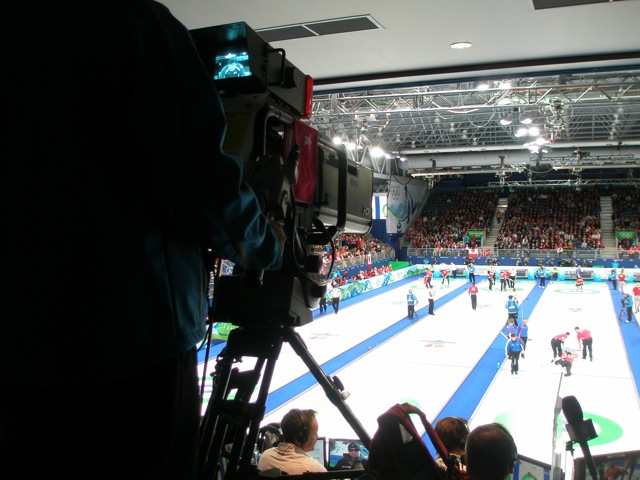 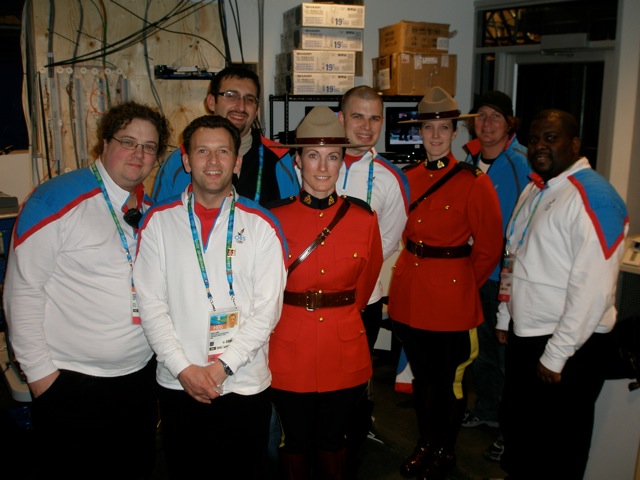 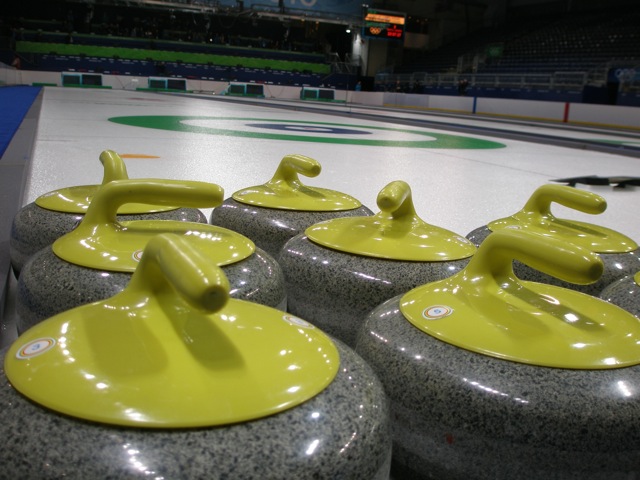 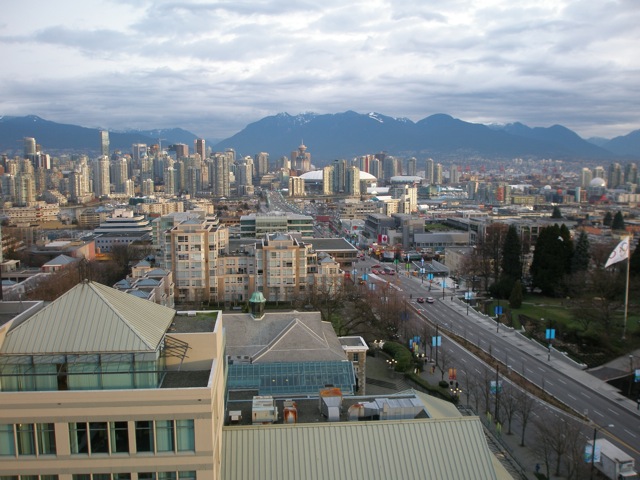 And there you have it, both curling demystified as well as behind the scenes photos of the event.  Thanks Steve.