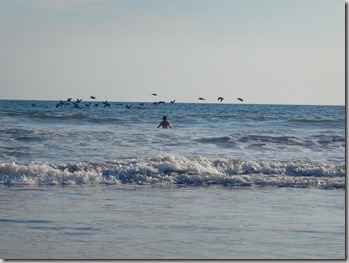 Dear El Salvador, what’s your deal?  You’ve got an amazing coast line with beautiful, clean beaches and big surf, rugged mountain country and even volcanoes, but you can’t walk down the street at night.  Keep in mind that we have traveled the entire length of Mexico, Belize, Guatemala and Honduras when I say to you, El Salvador, why do you have to be so sketchy?  Why do you insist that I spend my evenings locked up in some hotel surrounded by 14’ walls with razor wire on top.  You could be so much more.  From your southern border at La Union I say fare thee well.  We had an amazing time, but you could be so much more. 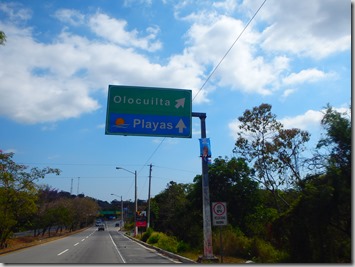 The countries of El Salvador, Honduras, Guatemala and Nicaragua have joined forces to form a more perfect Central American Union.  It’s kind of like the European Union, but littler, and sketchier.   It is obvious that this union has named its national food as the fried chicken, but from the little state country of El Salvador comes a more perfect food, the pupusa.

The pupusa is essentially a small tortilla with delicious filling, much like the Mexican Gordita.  It is renowned worldwide.  We have a pupusaria in Albuquerque. 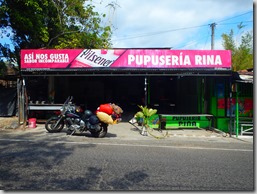 Our one mission in El Salvador was to find El Pupusadromo.   It’s but a highway exit with a hundred pupusarias.  That’s right, a hundred food stands selling the exact same thing.  Why?  For the best pupusa in the world, of course.

Keli’s sister Julie traveled to El Salvador a year ago and ate one pupusa from every stand in El Pupusadromo and, as the result of her inhuman feat, declared Pupusaria Rina the very best.  She was also hospitalized in San Salvador for 10 days. 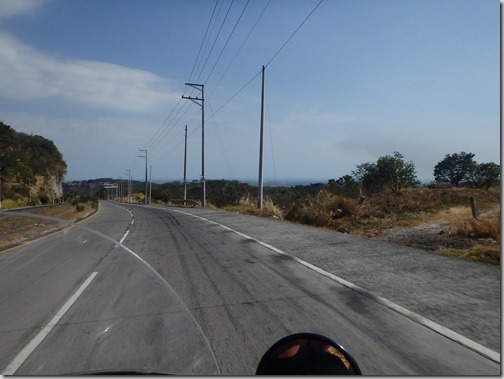 Following in her hallowed footsteps we set off 6,500 miles across the continent of North America to find the pupusaria of Arendt fame.  And we did. 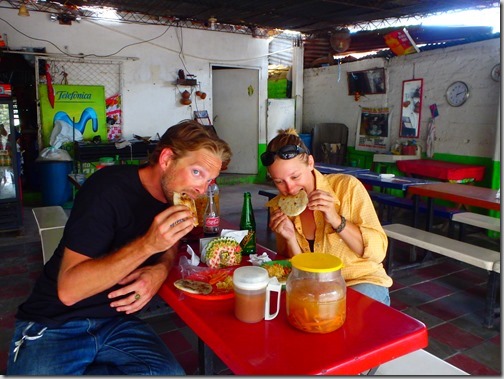 In retrospect, we couldn’t be more indebted to Julie for sacrificing so much to lead us directly to the best pupusa in El Salvador.  She saved us the needless tasting of 99 sub par pupusas and led us straight to the holy grail. 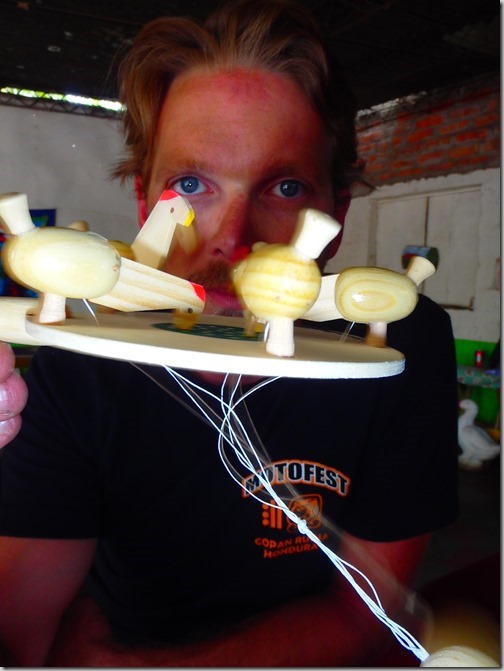 Wait, that’s just me playing with some weird chicken pecking thing a lady was distracting me from the world’s greatest pupusa with. 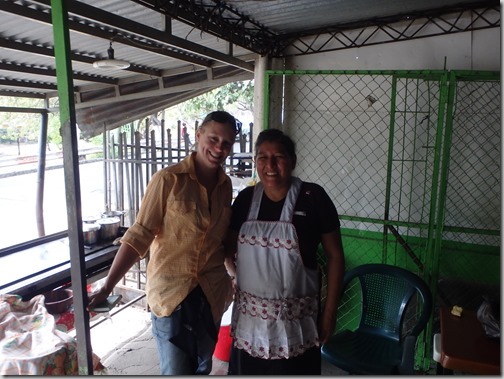 There’s Keli with the pupusa Jedi of the universe herself.  Again, Julie, we could not be more thankful to you for your expect guidance in the quest for the world’s greatest pupusa. 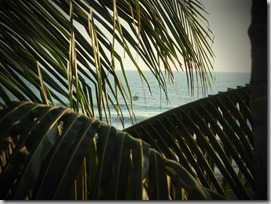 That means beach, gringo.  It’s been at least a week since we’ve been on a beach and that one was in another country and on the Caribbean.  We want waves and they’ve got those on the Pacific.  Follow the signs.

What El Salvador does have going for it that it’s cheap, they use the US dollar and the roads are fantastic.  That’s not back home fantastic, but Central America fantastic.  It’s still fantastic.  I can’t tell you how nice it is to see a sign that says playa, look down the road and not cringe.  We hop off of CA 2 and head down the peninsula towards Playa Los Blancos. 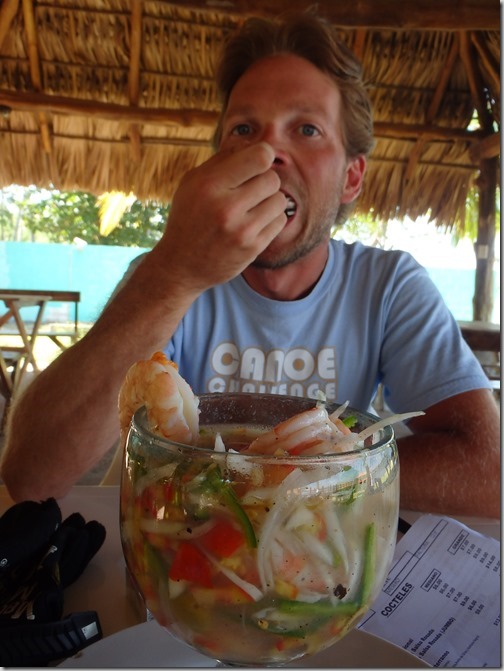 I wish we had more time.  It’s off season and our hotel costs $23 / night.  The food is great.  We’ve been mostly sharing meals to keep costs down, but here we both had a full dinner and breakfast the next morning with coffee and drinks for $17.  Take a look at this bowl of seafood, amazing: 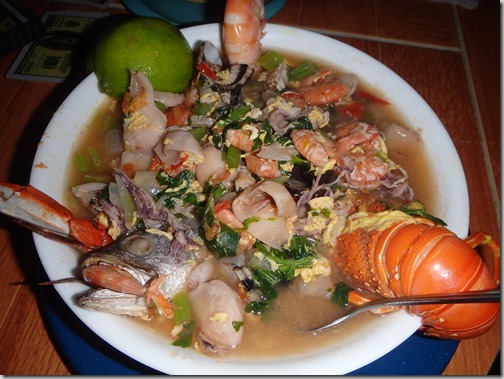 That’s fish, crab, lobster, shrimp, calamari and so much more.  We while away a couple days body surfing and eating “almost free” seafood.  What’s to complain about?

Total number of foreign tourists encountered during our five day stay in El Salvador – two.   I’m sure there are little backpacker spots where gringos hunker down and shield themselves from the country that they are in, but those places make me nuts.

I like my countries rough and tumble, but I also like not having to be locked in a prison for my own safety after dark.  I like good food on the cheap, but I know it’s that way because no one comes here.  There’s no demand and plenty of supply.

It’s a very similar theme to what we saw in Honduras, big, empty hotels in beautiful spots poised and ready for their country to get their act together enough for the tourists to come.

I wish you luck El Salvador.  You have the potential to be great.  Don’t stop being rough and tumble, just be a little sweeter about it.