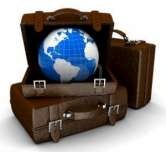 It’s my pleasure to bring you another week of the Freewheelings’ Five.  I’m going to throw a couple curve balls at you this time and diverge a little bit from the standard format.  Don’t worry, we’re still going to take our vicarious trip around the world.

Blog for New Zealand is a grassroots campaign and social media movement put together by independent travel bloggers to indentify March 21st through 23rd as a time to spread the message that New Zealand is open and ready for business.  The numbers are staggering:

That’s for 24 hours out of a three day grassroots movement supported wholly by the goodwill of independent travel bloggers.  You should all be very, very proud of yourselves.  It is a great thing that you have done for New Zealand.  We’re going to start off this week with a collection from the four founders of the blog for New Zealand campaign:

New Zealand is Open for Business

Holes in My Soles
After Effects of the Christchurch Earthquake
The French Way Blog
The Smell of Paradise – New Zealand
The Indie Travel Podcast
New Zealand in Four Weeks – A Breakneck Itinerary
Travel Generation
Exploring Haast: Adrenalin to Serenity

I don’t usually do book reviews for the five best travel articles of the week.  This is an exception.  Vera, (@pen4hire) is making it a point to promote knowledge and understanding during a time of crisis in the Mid East.  Last week she did a Traveler’s History of Egypt and seems to be right on the heals of revolution as it happens.  I’ll be interested to see what she comes out with for Libya.  If you take a little while and poke around her site you’ll find she’s covering Mid East reads across the gamut. 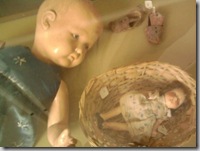 @vagobond is admittedly stepping outside of his box here.  This is one of the best qualities one can ask for in a traveler.  It’s not easy and it’s not fun to visit places like this but it is important to do so.  It takes a lot of courage to visit a concentration camp and address the public about your experiences and the way it made you feel.  My hats off to you Vago.

How Traveling Improves Your Quality of Life 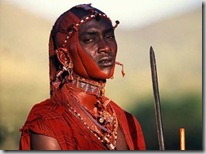 Why Did The Grizzly Cross the Street? 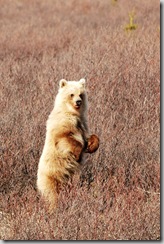 @jacknjilltravel is a new discovery for me.  I suppose all I had to see was a Grizzly bear post come through the twitter stream and I’d be hooked.  These amazing photos ARE taken in the wild.  Denali National Park to be exact.  As you know I spent last year adventuring around Alaska so I’m a bit of a sucker when it comes to the North Country.  The only bear I saw in Denali gave me a speeding ticket, 47 in a 35 I think it was.  I was stalked by a Grizzly later on outside of Anchorage, which is a story I’ll be sure to tell here sooner or later.  For the time being enjoy these awesome photos and welcome to the club guys.

That wraps up another installment of the Freewheelings’ Five.  Don’t forget that I’ll be Stumbling, Digging, bookmarking and doing various other cool things with these posts.