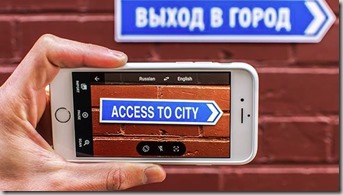 I brought a Spanish-English dictionary along to Columbia and I’ve opened it once, not for lack of need to find Spanish translations, but for the death of my smartphone battery.

Travel hack advisory – Google Translate, even before the latest update, offered downloadable packages to allow for the use of translate services offline.  However, the latest update brings a form of optical character recognition from Google’s recent acquisition Word Lens.

As the Ninth Doctor once told Rose Tyler, the translation circuit was a “gift of 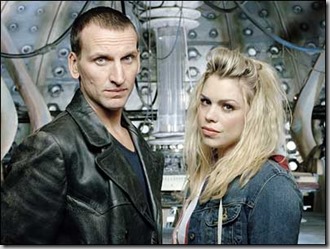 the TARDIS, a telepathic field that gets inside your brain — translates.”  Today, we are one step closer to the idea of the TARDIS’ translation circuit.  In Doctor Who, the TARDIS immediately and seamlessly translated all the languages of the universe so that the characters heard them in their native tongue.  Conversely, the same effects were bestowed upon the person they were speaking to.

Today, Google has moved us one step closer to the idea of universal language translation.  With the new update you can use your smart device’s camera to train over text, recognize, and almost instantaneously translate to several major world languages.

The BBC test its usefulness:

Sitting here in Colombia I’m left to imagine a world without language barriers.  Part of me feels that they’re half the fun of travel.  If I’ve learned anything of this life it’s that difficulty and reward go hand in hand.  The harder you have to work for something, the more rewarding it is.  If we didn’t have to battle language barriers would travel be as fulfilling?

Perhaps it would be more so.  The other side of that coin is that without language barriers we could more easily integrate, experience and truly get to know our foreign hosts.  As one who speaks pieces of many foreign languages, yet none fluently less my native tongue, It’s tough to imagine the difficulties in foreign culture that lie beyond fluency.

Here’s to hoping that one day my old and feeble self will get to answer these questions.