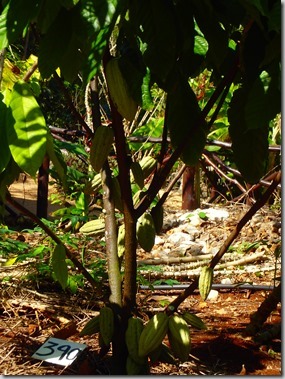 At 90 Pesos a person it was a tough sell, but I just don’t think I was going to get Keli out of the Yucatan without going to Cocoa Museum.  The museum was in the Middle of the Jungle on the road to Oxkutzcab, Mexico.  It focused primary on the importance of Cocoa in the Mayan Culture. The Mayans are credited with cultivating the first known Cocoa plantations.  This article from National Geographic suggests that they may have been “Gobbling Chocolate” as early as 600 BCE.  At one point, cocoa beans served as currency with 10 beans being worth a rabbit and 100 a healthy slave. The Mayans believed that cocao was discovered in the mountains by the gods 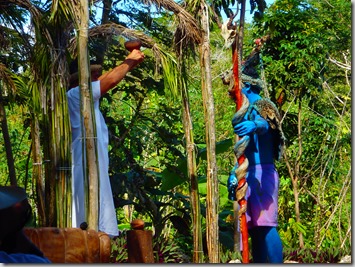 and gifted to the people after their creation.  The cocao god Ek Chuah was honored in a yearly festival as well as in daily ritual.  Chocolate was the drink of choice among the priests and elites of the culture.  While at the museum they produce a reenactment of a cocao ritual.  Check out the video below:

It seems a bit cheesy at first, but it’s actually pretty neat.  It definitely helps drive home the point.  The Mayans were living in the middle of the jungle tioling day in and day out building these enormous structures structures out of stone.  There was this one amazing thing to eat and it was chocolate.  And there was much rejoicing. 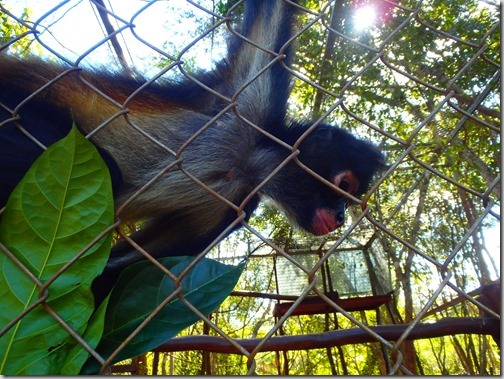 Oh yeah, and they had spider monkeys, which they loved.  The monkeys were regarded as divine.  The monkey represents the man of earlier creation as well as both the underworld and the sacred.  In Mayan mythology there are multiple incarnations of the world.  We live in the fifth.  In a previous version men were made of wood.  The wooden men were punished for their sins and the few that managed to survive became monkeys.  Go figure. 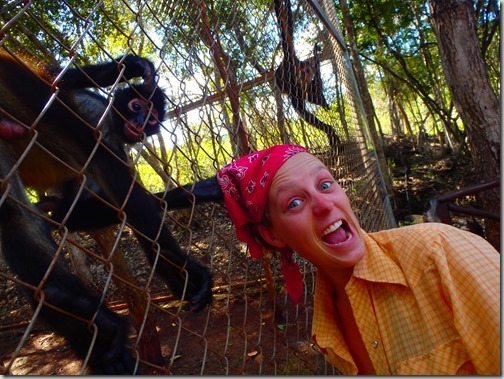 That monkey stole her my bandana , Keli stole it back and I taunted the monkey. 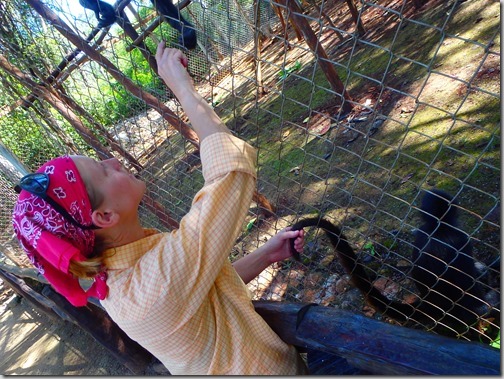 This monkey would just site with his back to you and let you hold his tail.  That seemed to be all he wanted in the world, except maybe to get out of the chain link cage. 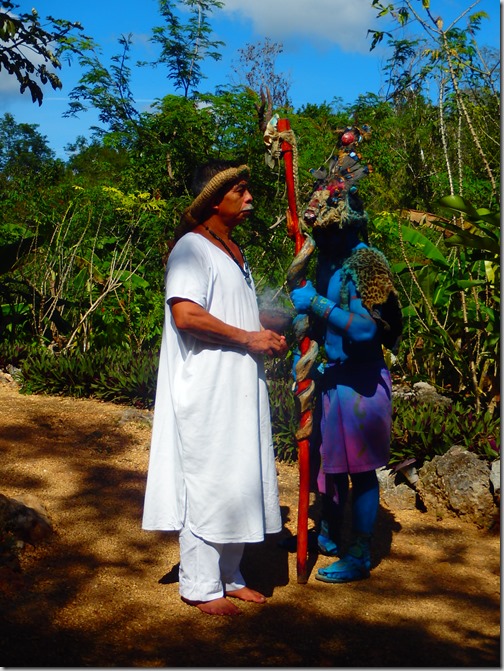 Another photo from the ceremony. 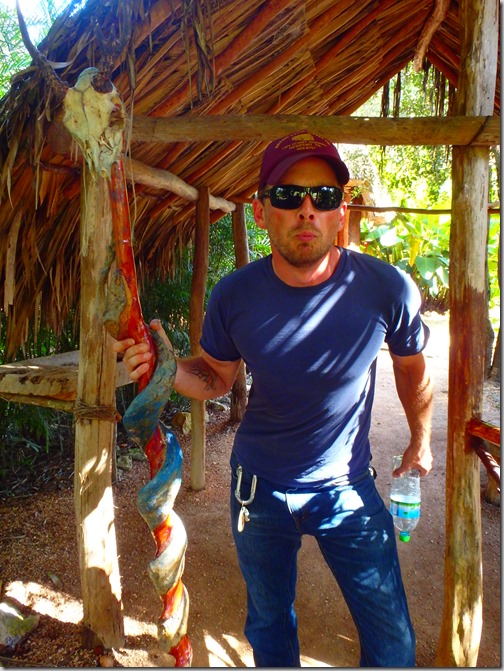 Yep, I stole the blue guy’s stick.  I’d do it again, too.  You watch. Adios from the Museo de Cacao.  Were back on the road this morning towards Chichen Itza.