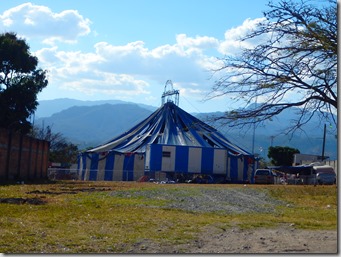 We found this place looking for a hotel in Sinuapa on the Honduras – El Salvador border.  This is where every low budget horror flick starts.  We had our reservations about even approaching the tent, for fear not only of its contents, but its structural integrity.  It looked defunct.  The remnants of circuses pasts.

To give you a little background, things have been a bit on the sketchy side lately.  Last night our motorcycle’s saddle bags were robbed inside of the “secure” parking lot at the hotel in Santa Rosa de Copan, Honduras.  We returned in the morning to find their contents strewn about the area.  Our tools, spare parts and a large portion of our food was missing.  We are constantly reminded by the locals about safety concerns.  Not that that doesn’t happen 1 out of every 3 nights in the South Valley of Albuquerque, but it puts your guard up. 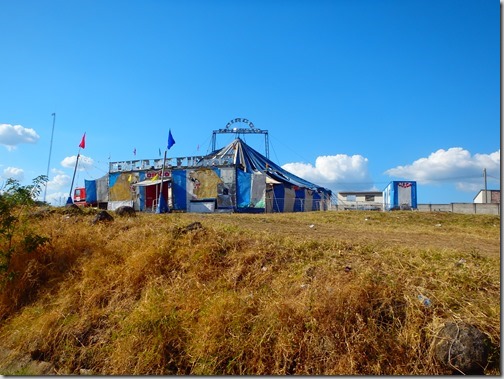 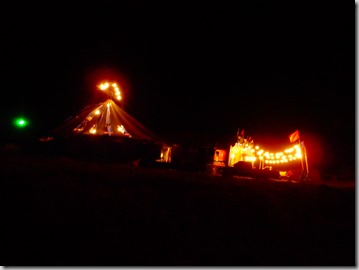 Shortly after dark they flipped the lights on.  We passed by a third or fourth time and finally decided to check it out.  Yep, Hollywood eat your heart out.  You couldn’t put together a better opener for a horror film if you tried.  About 35% of the canvas for the tent had fallen inside, not removed, just dangling.  The seating, wooden planks crisscrossed on top of a metal frame, no fasteners. 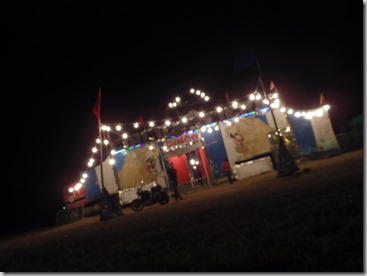 It’s perfect.  We don’t have any Lempiras left so we buy two tickets for the 8:00 show with two US $2 bills.  Somehow we still get almost $2 in change.  We run back to the hotel to stash the motorcycle.  The guy at the hotel refuses to keep the gates open past 9:00 o’clock.  In all fairness, he told us this when we checked in, but the show ends at 10:00.  A little universal grease and some bargaining solves this problem.   We’re off. 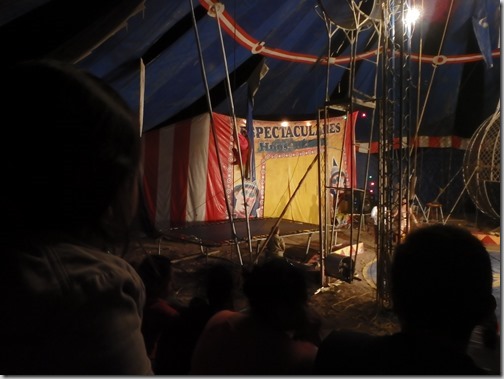 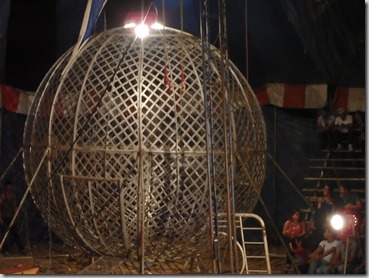 Despite its many cosmetic misgivings, age and numerous safety concerns this little Honduran outfit puts on a heck of a bonafide circus.  They’ve got trapeze, Spanish web,  clowns, guys riding motorcycles inside of a wire mesh ball and even lions.  I haven’t been to the circus since I was a kid.

Despite the language barrier, the performers had us laughing and smiling the entire time.  Some things transcend language.  Big clowns busting water balloons on little clowns’ heads, a good solid kick in the pants, the undying intent of man to defy gravity, laugh and entertain are a few of those things.  The circus in Honduras was one of those moments in life when at first you are outside of your comfort zone.  In the end, its flaws turn out to be its charms.  They make the experience as much as the talented and spirited performers.  6,000 miles from home in a run down circus tent in Honduras we got to have a little piece of simply being human today.  We needed that. 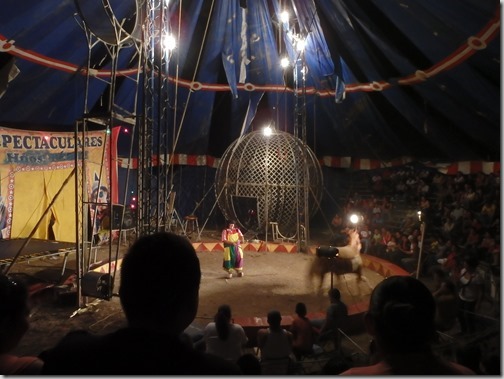 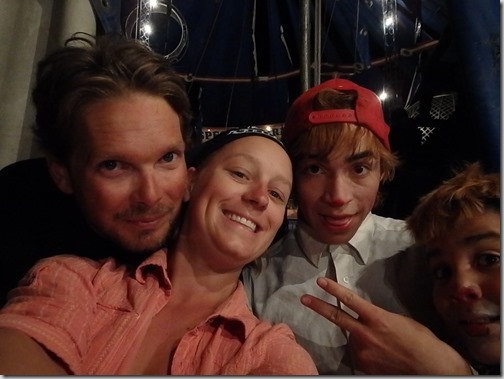