I’ve avoided speaking much on matters of faith here at freewheelings.  You might expect my views to be somewhat unconventional and I imagine that they are.  It’s hard to tell what another individual truly believes and how those beliefs manifest themselves in their experiences.  I’m about to give it a whirl.  To underscore the importance of the story that I’m about to tell I feel as though it is time to delve gently into some aspects of my personal beliefs.  Hold on to your hat.

I believe that religion, like all aspects of the universe, is cyclical.  We started out an animistic race, moved then to polytheism and on to monotheism.  I have little doubt that the next evolution will be a scientific one.  A religion where we use technology to explain the world.   As that and perhaps other incarnations run their course we will find our way back to where we started, animism in some refined form. 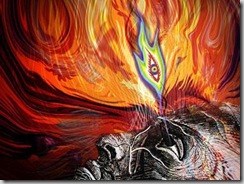 I believe in the collective unconscious, a part of the mind that, while not directly available to us, holds the interconnected totality of experience.  My beliefs on the concept diverge from those of Jungian psychology in that I believe that both humans and animals as well as inanimate objects contribute to, and are affected by the collective unconscious.  I believe, like the animists did millennia ago, that the rivers and the rocks have a soul.   Their souls are intrinsically tied to my own and their experiences are available to me should I become wise enough to access them.  That collective experience, to me, is the fundamental truth of the universe.  God, if you must.

That’s my sermon for the day.  How does this all relate to an Indian Bazaar you ask?  Let me tell you.

I had one of the most enlightening experiences of my life sitting on a chia stand bench in the middle of a New Delhi bazaar.  It was almost as if for a split second I could see through time.  I could see generations.  I could see every foot that had pounded the ground into dust and the origin of every item being haggled for.  It was something in that particular crossroads of time that opened the door for me.  To this day I wish I could pinpoint it.  I could see the spice wallah’s great grandfather weaving through the city at dawn, making his way to the bazaar.  I could smell his saffron and turmeric, curry powder and cayenne peppers.  I could see the bazaar sprout from the plains and grow up in an instant.  I could hear the land telling its story of the people and the people telling their story of the land.  The hardships of drought, the bountiful crops and the celebrations of the monsoon all whispered their stories in my ear. 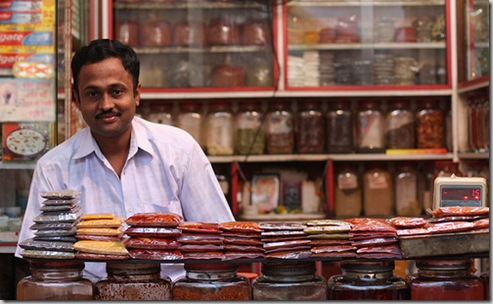 All the noise of the contemporary bazaar for that moment stopped, all the movement.  It was just me and that bench amidst a sea of uninterpreted perception, a procession of thought imagery.  I had, for that moment, no question to pose to the universe and no quarrel.  For that split second I had tapped into what I believe to be the collective unconscious.

As quickly as it happened, the commotion of the bazaar returned like a freight train.  I sat there for some time in complete awe.  My life, my philosophy, my faith and my view of the world would be forever changed.  I’ve spent years and will probably spend the rest of my life chasing the undeniable truth I was shown in that split second of my existence.