If you’ve been to India you can imagine my surprise stepping off of the plane for the first time in the middle of New Delhi.  I was all of 20 years old the first time I left my own country. 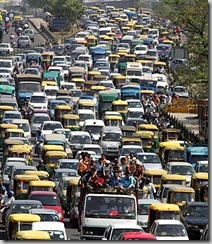 It was mid may and the air was steamy, heavy, damp.  My clothes instantly clung to my body in the open-windowed terminal.  My breathing became difficult in air that felt as though it carried a million more microscopic particles per breath.

By the time we hit the street I felt sluggish and slow, but the pace of New Delhi is fast and furious.  It’s overwhelming to your senses those first few hours.  Everything is going every which way with no semblance of order.  The heat slows your ability to process.  The smog chokes off the oxygen to your brain.  The stench of fuel and garbage causes your eyes to water.  The sounds are like a Vegas casino but without the continuity of gaming.  Being my first time out of the country it felt like complete chaos.

We zigged and we zagged in our acquired rickshaw.   It was white knuckle trip 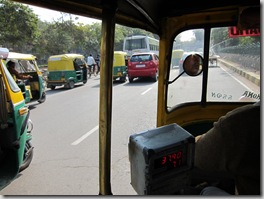 for sure.  Several near death misses with ox carts, cows and taxi cabs left my nerves a little on the shaky side.  Eventually we did arrive in Pahar Ganj, a cheap, little tourist hold out not too far off of Connaught Place.  We checked into a hotel with air conditioning, shooed the various bugs away and got settled.

Over the next week we explored New Delhi on foot, by rickshaw and by bus.  I felt as though I had learned more about the world in that one week than in the 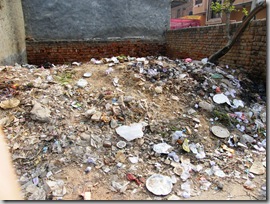 entire lifetime that had preceded it.  One thing I kept coming back to was the pollution.  It literally burned your nostrils.  The fumes from the exhaust pipes of the hundreds of passing rickshaw, motorcycles and taxi cabs made the city almost unbearable, impossible to breath in.  If that weren’t enough at the end of every block was a pile of rubbish sweltering in 100 degree temperatures.  It was unreal. 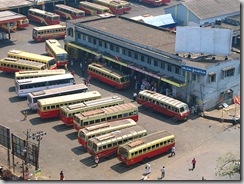 I’m a more seasoned traveler now.  I don’t arrive in India or New Delhi by plane.  I take the local bus system from Kathmandu, Nepal.  That’s not the tourist bus system, it’s the local bus system.  The difference is we are the only tourists we’ve seen for days and there are multiple connections along our route.  As it were, the dialect changes rapidly and the reasonable command of Nepali we depended on the navigate the first part of the trip was pretty useless during the second half.  We had some major detours, which looked something like this:

We were on the local bus system for the better part of a week, night and day.  It was crowded, every bus but the last one left us squished in some corner nodding off in an up write position.  When we saw the opportunity to have the whole back bench of the bus to ourselves for the last 36 hour leg we jumped at it, laid down, stretched out and made for sleep.  It took us about 10 minutes to realize why everyone else opted to sit up front.  Every bump launched anything in the back seat 2 feet in the air.  It didn’t matter, we slept like babies between landings.

It was a cool, late spring morning just after dawn when we arrived at the New Delhi bus terminal torn and ragged.  Our sense of accomplishment ran high as we joked quietly and drew silly pictures in each others soot covered faces.  On foot and looking for a ride we set off once again for Pahar Ganj, a hotel with air conditioning and some much needed rest and relaxation.

It wasn’t until mid afternoon that the familiar sounds of New Delhi Chaos roused me from my sleep.  I had an expectation as to what I would find outside now that the heat of the day had settled in.  I went about locating my morning / late afternoon chai and along my walk through the bazaars I noticed something was markedly different.  My nostrils didn’t burn and my breath was not heavy.  The stench of heaping piles of garbage and rickshaw exhaust was faint under the aroma of spices, food, chai, and that pungent smell that is so indescribable, beautiful and quintessentially Indian. 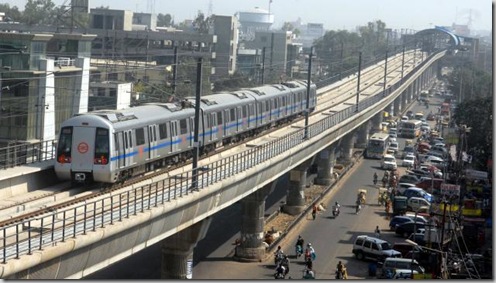 I had to know what had changed and I went asking.  Apparently, while I had been away the first lines of the New Delhi Subway system had come into 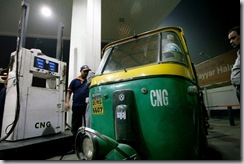 operation.  Delivered three years early and on budget Business Week described the accomplishment as nothing short of a miracle.  I started to notice that rickshaws, taxi cabs and buses were wearing a CNG (compressed natural gas) badge.  During my absence a mandate from the government required all public transit to utilize CNG technology.  While riding one of these fancy new CNG busses I noticed that the trash removal crews were both removing garbage and sorting it for recycling.

In a short five years the city of New Delhi had underwent a monumental turn around.  It was almost pleasurable to breath the air.  I cant say enough about the government of Vajpayee and the changes that had taken place in New Delhi.  It was exactly this:  Nothing short of a miracle.