This was surely one of the riding feats of my existence.  I can’t say I didn’t feel envious of the few guys we saw on $15,000 BMW Enduros.  Talk about having the right tool for the job.  Either way, we did it on a 2001 Honda Shadow.  It’s not what you ride.  It’s what you do with what you ride.  Real de Catorce was one I’ll never forget.  Here’s a photo essay. 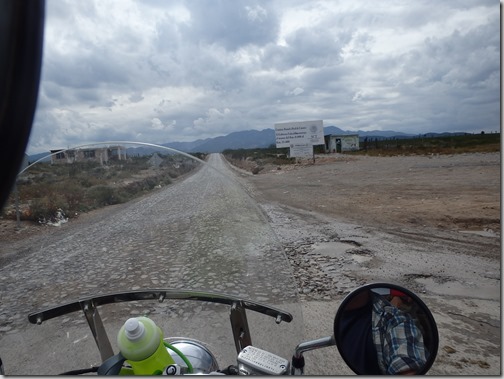 When they said cobblestone I sort of expected them to be uniform.  Not so.  I wasn’t feeling to hopeful with 24 Kilometers of this ahead. 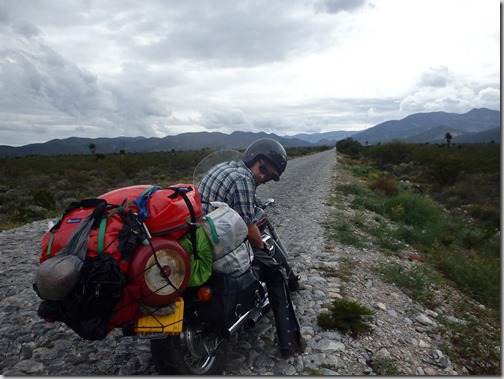 First break after about 3 miles.  I thought my arms were going to fall off, but it’s a lot easier to keep going than to stop and get going again. 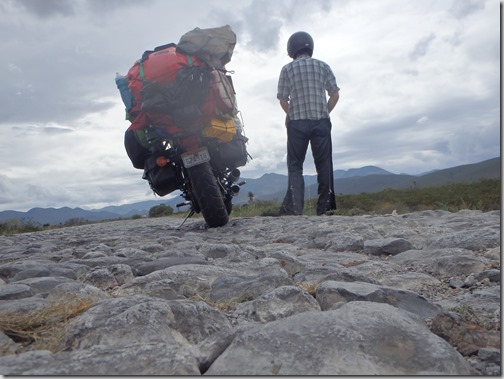 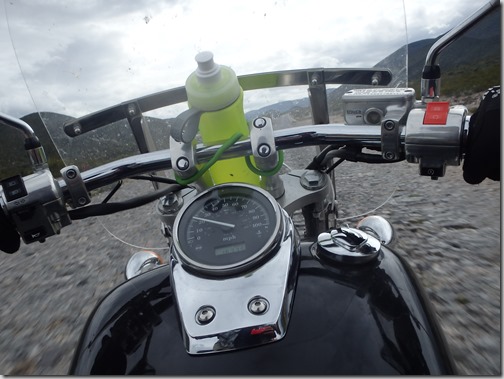 20 mph seems to be the sweet spot.  The handling is best and if you wreck it hopefully wont hurt too much. 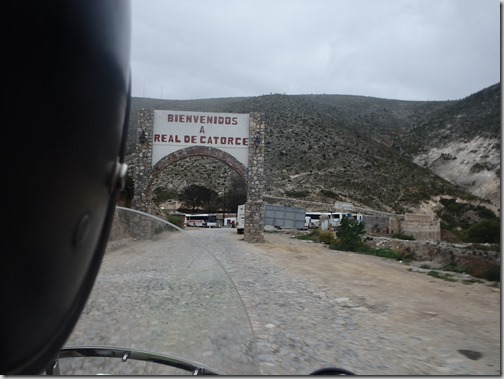 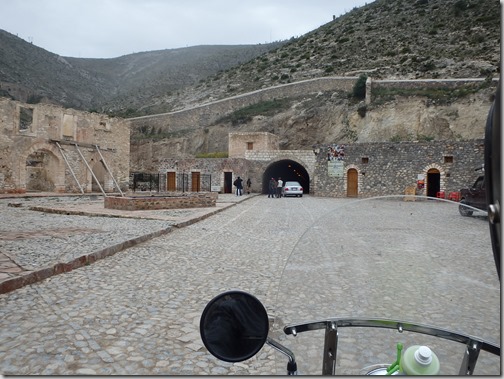 Nope, wait.  Tunnel through a mountain. 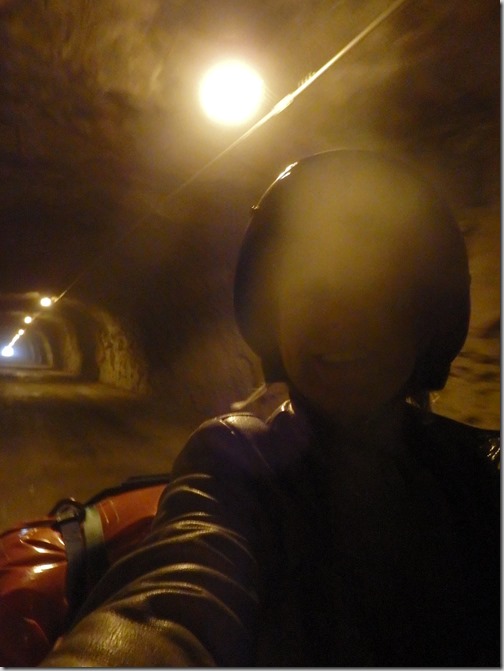 Turned out to be the smoothest part of the ride.  Keli can smile now that her teeth aren’t chattering. 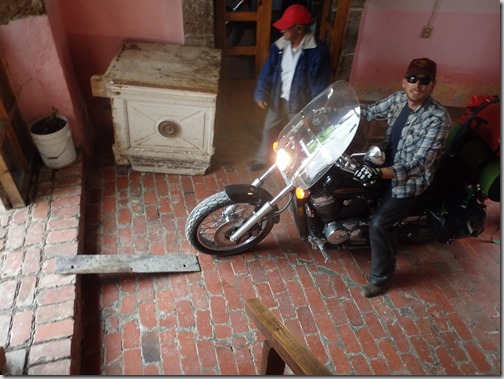 The third and steepest of three steps into the hotel lobby, secure parking. 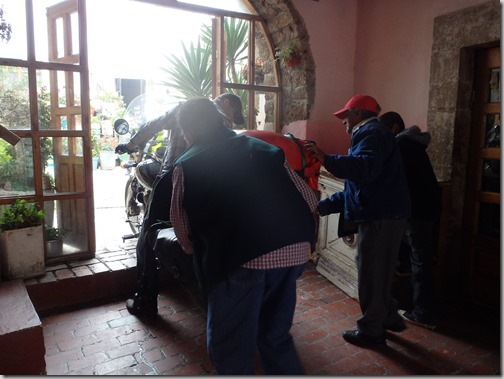 It actually wound up taking 5 people including myself and Keli to pull this off.  And there the bike sat for three days.  Now we just have to repeat the entire ordeal in reverse to get our of here. 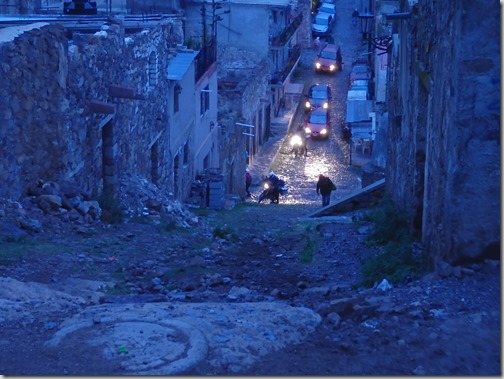 Here are those guys on the $15,000 BMWs giving us a lesson on how to stall out expensive enduros on cobblestones. 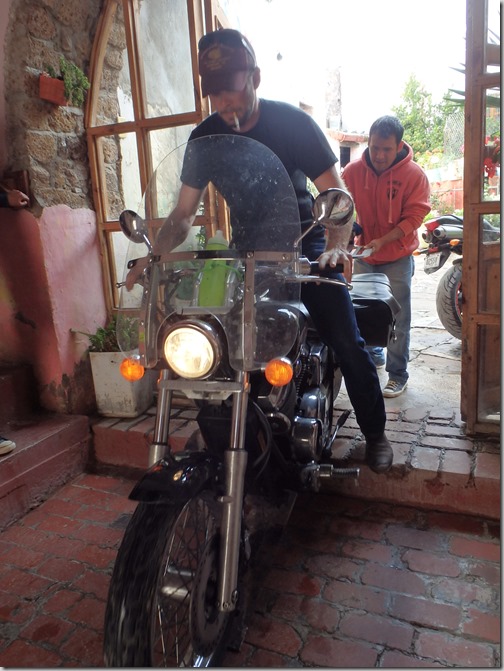 Heck yeah, I was so looking forward to doing the whole thing in reverse.  It only took the two of us to get it out. 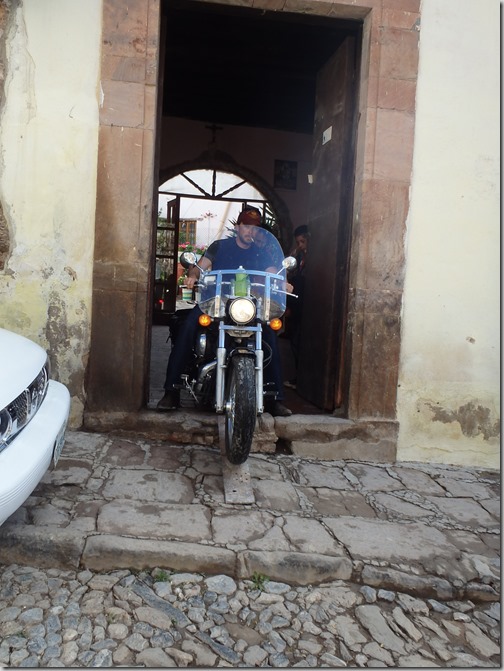 The other two steps in from of the hotel.  I suppose one of them is technically a sidewalk. 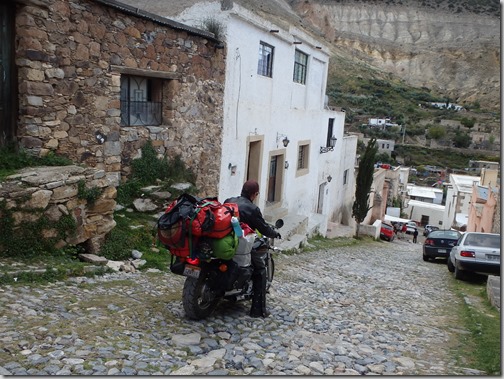 I know you want to try this.  Hold your breath and hope for the best. 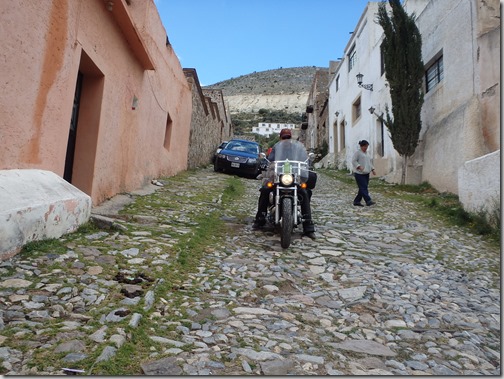 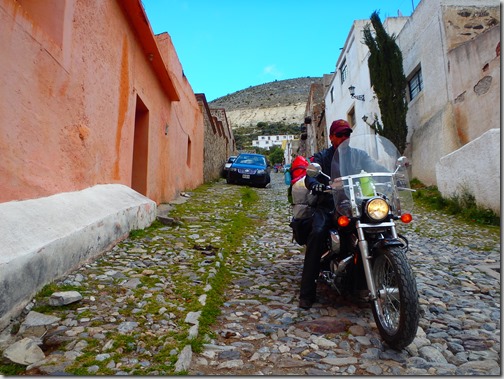 I look way more badass than I feel in this photo 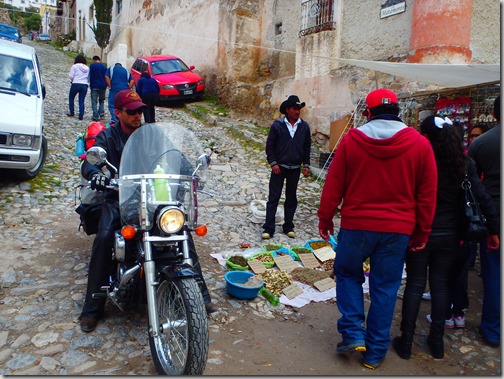 One of the hills conquered.  I even dodge the spice vendor. 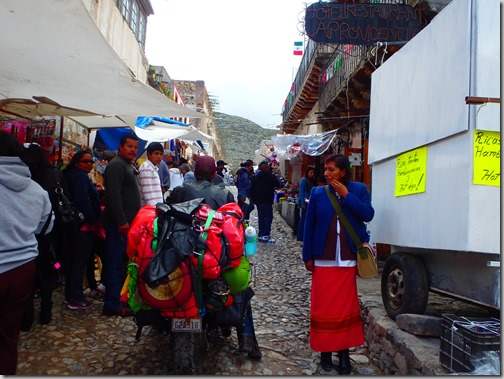 I feel like everyone is completely ignoring me.  It wouldn’t seem that way from this photo.  Ride 1o meters and slam on the brakes to dodge a small child.  Repeat. 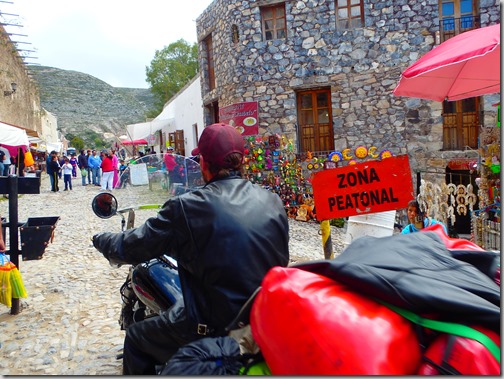 Yep, that says pedestrian zone.  And you know what, I don’t care.  It’s pretty darn flat. 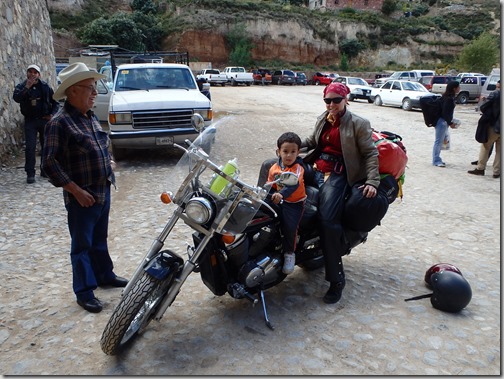 Waiting our turn for the tunnel a young boy wanders up with his grandpa? very interested in the motorcycle.  I move the helmets to the ground and motion him up to the drivers seat.  His grandpa lifts him up on the bike with Keli.  Awwww, 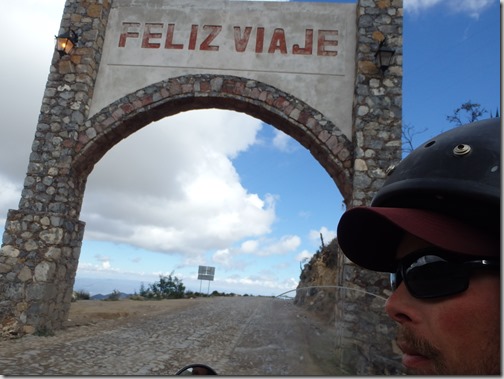 Sweet.  I’m so looking for to another 24 Kilometers of cobblestones. 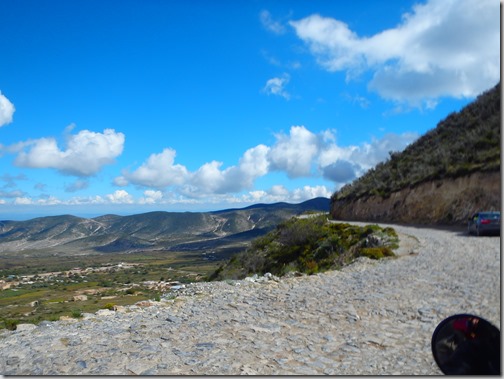 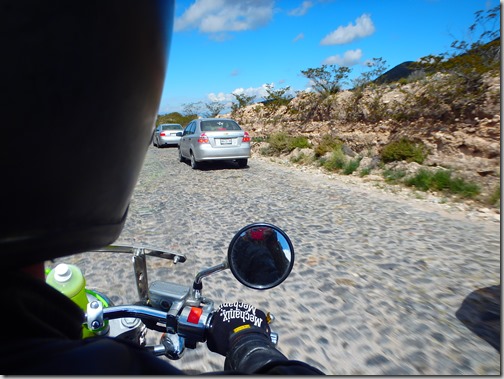 20 mph is the magic speed.  If you can’t keep up you’re getting passed.  It’s better for all of us. 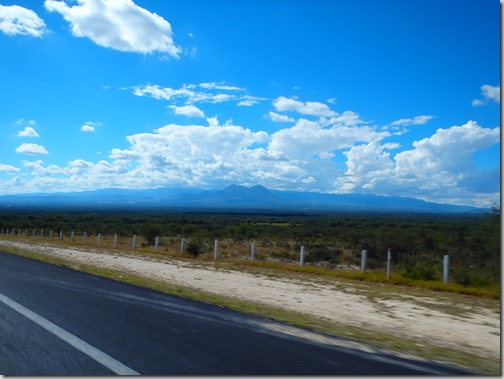