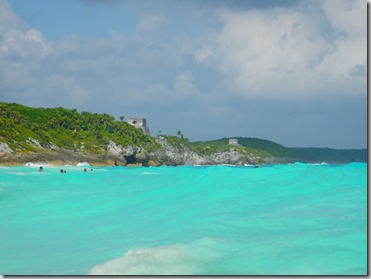 What used to be a two lane road down the coast South of Cancun is now a ripping four lane super highway shuttling tourists from one all inclusive resort to the next.  I’ll never understand this mentality.  Each year hundreds of thousands of tourists hop on a plane in their home city and fly to Cancun.  In Cancun, they catch a bus, cab or private car from the airport to their all inclusive resort of choice.  A week later they’re back at the airport fried to crisp and never having seen the fist inkling of Mexico.  You would think:  How could this be true?  It’s is, trust me, there’s a few trillion dollars worth of resorts dotting the beach from Cancun to Tulum that prove it’s true. 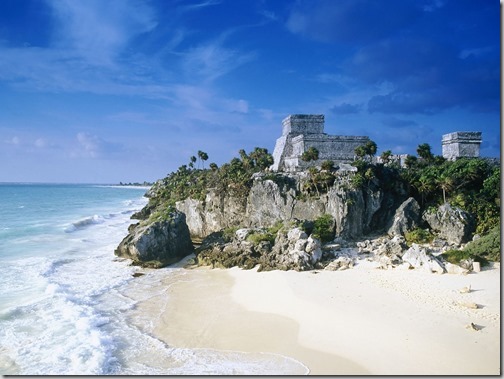 So where does all of this leave your lowly adventure traveler?  You know, the kind that rides a motorcycle all the way across Mexico braving the oncoming semis, topes and banditos, potholes and extortionists.  All the while looking forward to those beautiful, sunny beaches and blue green waters of the Mexican Caribbean.  Out of freakin’ luck is where, until you get to Tulum.

That’s not to say that Tulum is not flirting with the same inevitable death as the rest of the Caribbean coast.  It’s the same progression of gentrification that takes place at home.  You start with a sleepy little town or neighborhood.  It’s 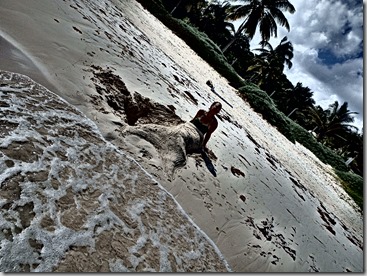 got something to offer.  In this a case a beach.  It’s been ignored forever and it’s infrastructure is probably run down, but it’s got character and it’s cheap.  The artists, travelers and beatniks move in.  If you can catch it in this phase you’ve got something worth while on your hands.  Inevitably, a transition takes place.  The rich folks take notice and get involved.   Everybody wants a cool new weekend home or an apartment in the artists new neighborhood and just like that, it’s trendy.  That’s where Tulum is now.  Somewhere between becoming trendy and getting mega resorts stamped all over (the rest of) it hoping to capitalize on the hot new name. 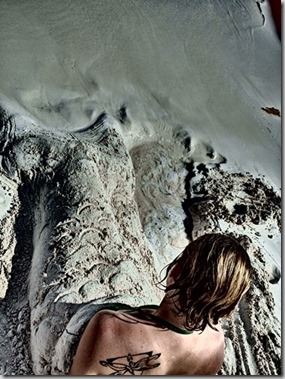 Is Tulum still a good place for the budget traveler?  Yes.  Ultimately, it is.  Again, you’ve got to look for them, but there are deals to be had.  At the “China Comida” restaurant you can get a plate big enough to feed two for about US $2.50.  The food is amazing, too.  One of the ups of the trendy phase.  You can get a myriad of delicious ethnic foods in town.  The hotel we decided on is at the low end in town at 400 Pesos a night (US  $30.76).  The deciding factor was complimentary breakfast and coffee for two.  That’s makes it more like $24 a night.  We could have stayed in a hostel dorm for 350 or so, but tell me how that makes sense?  The major thing that we have going for us that the average traveler here doesn’t, is that we’ve transportation.  It’s five miles from town to the public beaches.  Once you’re there you can swim against a backdrop of Mayan ruins and that’s just amazing.

Overall, Tulum has got some life left in it, but it’s a little trendy and a little spendy for our purposes.  We’re going to head for Honduras.  I’ve a feeling we’ll find that little spot on the beach without the crowds that used to exist here in the Mexican Caribbean.