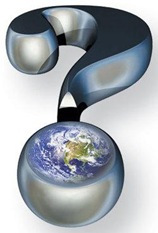 That’s a good question, isn’t it?  I wouldn’t want you to think that all of the fun is over.  I will get to answering that question.  Before I do I wanted to take a moment out to thank everyone who supports this site with your wonderful comments and email, retweets, facebook shares, stumbles, links and whatever else it is you’re doing out there that makes this blog a success.  We now consistently break the 5,000 views mark every month with good months near the 10K mark.  It’s a far cry from the little blog I started in a remote cabin outside of Fairbanks, Alaska a year and a half ago.

Thanks to your support and the support of the travel blogger community I’m starting to realize that freewheelings is growing beyond my personal blog.  I can’t even begin to tell you how much I have learned and how many great people I have met over the course of this endeavor.  All of them with amazing stories of their own.  I’ve recently reopened freewheelings up to guest posting and I already have a couple great articles lined up for you in the coming weeks.  I think it will be exciting to throw the ideas of some other unconventionalists into the soup.

In additional to guest posts I have been talking with two other prospective writers that you may see pop onto the scene here later in the year.  Out of the two I’m talking with I’d like be able to throw at least one into the mix on a regular basis.  In keeping with the quality that you’ve come to expect from the site I’ll be quite thorough before making any announcements.  But I’m going doing to do you one better, we’re going to be improving the quality of the site drastically.  freewheelings.com now officially has an editor.

So that’s the recap on happenings with the site.  What’s next for me?  Ah, I told you I would get to that.  So far in this experiment you have followed my exploits from training sled dogs in bitter cold interior Alaska to hitchhiking the Pakistan border.  It’s not over yet.  I’m heading out in two weeks for West Virginia to start whitewater rafting guide training.  I have a month of training to get certified to run the New River and the Gauley.  The Gauley is one of the top five whitewater rivers in the world and I’m going to be guiding it this summer.

I know you want to check out this whitewater rafting video from the river where I’ll be working:

After a summer of that I’ll be due in Hawaii on the 10th of October.  With any good luck the adventure will continue from there.

Thanks again for your continued support of freewheelings.com.  I look forward to bringing you more adventures outside of the box.