I’ve never fancied myself much of a bird watcher, but you can hardly help it here.  Cordova, Alaska and the Copper River Delta are known for their bird watching amongst so many other things.  After a while you just want to know them.  I’ve decided to keep a chronicle of my encounters with the little birds on the Copper River Delta and around Cordova.  I’ll update this post as I encounter new ones so be sure to check back.  What a wonderful, elegant creature you are.  I just can’t help but to love you little bird. 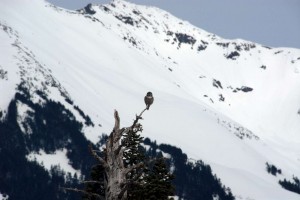 The Northern Hawk Owl is named primarily for its appearance and behavior being similar to that of a Hawk.  Check out the Alaska Department of Fish and Game’s Description if you’re curious. 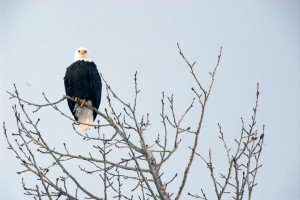 The Bald Eagle, the quintessential American bird that most Americans will probably never see.  There are more Bald Eagles than people out here. 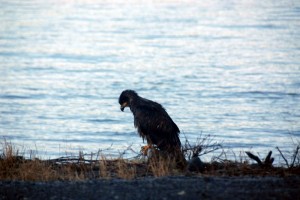 Bald Eagles do not develop their adult plumage until four to five years of age, including the white head feathers. 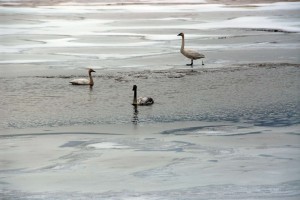 The Trumpeter Swan (not so little) is the largest native North American bird.  It is also, on average, the largest living waterfowl species on Earth.  Check out Wikipedia’s great article for more information. 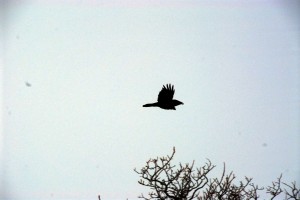 Yes, the Raven even thrives in Alaska and not just the Southeast.  They bear the cold winters of the interior as well.  From the Arctic to South Pacific islands, the deserts of North Africa to the Mesas of Taos this mythological creature is ubiquitous.