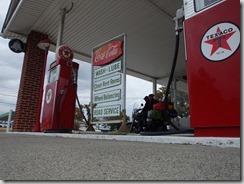 I’ve done a my share of multi-day motorcycle trips in the past, mostly around the Southwest.  I’ll be the first to tell you that nothing can prepare you for a motorcycle trip in the 5-digit mileage range.  It’s hell on the body.  Combine it with tent camping most nights and the toll just gets higher.  I write to you on a day of rest just outside of Austin, Texas at a KOA.  Days of rest are becoming more frequent as we prepare for the long ride the first day after border crossing.  We’re now just 250 miles from the Mexico border at Eagle Pass and the time will soon be upon us. 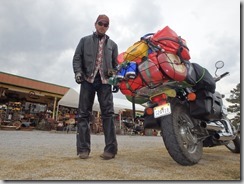 and the occasional hotel thus far.  We’re on day of 12 of the estimated 150 days of the trip.  Keli and I have gotten things dialed in pretty well.  We can pitch camp off the back of the motorcycle in under 30 minutes.  That’s the easy part.  It still takes us almost 2 hours to pack it up in the morning.  The never ending game of Tetris that is two people’s 90 pounds worth of gear on the back of a motorcycle.  We fall into a rhythm.  We get better at being in such close confines with another human being.  We refine our methods.  Try again. 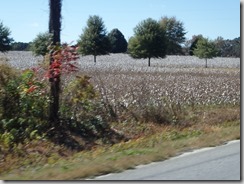 We haven’t lacked for anything I can think of.  Our communal packing and planning effort was on par as best as we can tell.  I do remember on several occasions asking Keli “You’re bringing that?” and then finding myself needing it somewhere down the road.  I can’t, at the moment, think of anything I really wish that I would have brought and didn’t.  Maybe a jar of that fine West Virginia  moonshine.

It’s that back roads that make this trip.  I don’t think we’ve covered 50 miles 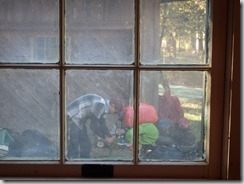 on the Interstate yet.  From the Great Smokey Mountains to Mississippi Delta to the Texas Plains it’s an honor to see the day to day life of this country moving ever forward in the nooks and crannies that most just pass on by.  There are a lot of beautiful people out there playing their part.  Keli reminds me of this often, to take a moment and look around, stop and smell the flowers, not to be too destination driven.  I love her for that.

Not much of anything to report on the bike.  I made some minor adjustments this afternoon and she’s running like a champ.  Let’s hope it stays that way.

For now we’ll pack up our camp fire smoke drenched leathers and keep on with our keepin’ on.