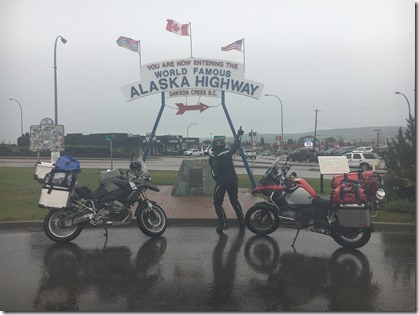 My relationship with the Alaska Highway is a bit of a love hate affair.  I’ve had some damn miserable times on this road.  This blog got started shortly after my first go of the ALCAN 8 years ago in my 1971 Volkswagen Bus.  It was quite a bit more eventful from snow storms, multiple break downs and everything in between.  You can read about that one in the provided link.  Now a three-time survivor of the 1,387 miles from Dawson Creek, British Columbia to Delta Junction, Alaska I’m a bit more reflective about the whole thing.

It changes your perspective when you have a place and a family to come home to.  I’ve felt like 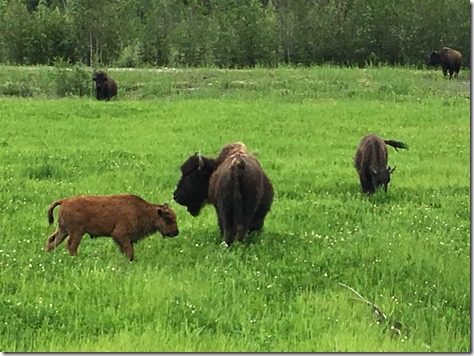 more of a passer by on this run of the Alaska Highway, stopping here and there making distant connections in faded memories.  During my first run the Alaska Highway almost beat me.  It took nearly two months to cover those miles from beginning to end.  Scrounging parts and rigging my bus together in any way possible to make a few more miles not knowing what lies ahead.  Winter was closing in on me and my little tin ice box.  The Wild was larger than life and my own survival at the forefront of my mind. 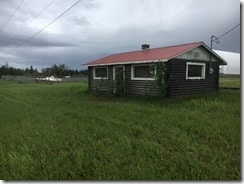 Those feelings shine through the cloudy memories though.  They tie you to a place.  They give you a sense of belonging.  When you’ve lived, worked and struggled alongside your fellow humans through the hardships and delights of a land you become a part of it, and it becomes a part of you.  I love the North Country.  It fills a piece of my heart and it is with great joy that I return to it’s vast embrace.

It’s the untamed nature of this place that draws me to it.  It feels like the last stand of wilderness 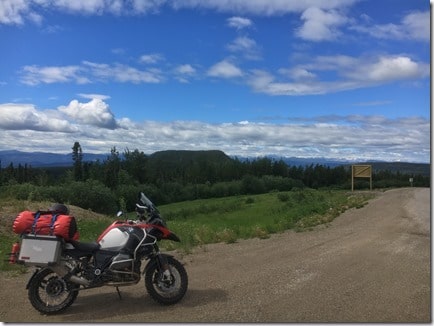 in a developing world.  I explained to Steve somewhere shy of the Yukon that you could hang a right here and walk North for a thousand miles to the Arctic ocean and you probably wouldn’t cross another road or see another human along the way.  I don’t know if that’s entirely true, but the point is that I love places that are ruled by nature and not by law.

On the third go we covered what took me two months in a mere six days and one of those was a rest day.  It almost seemed too easy, but we did have some great finds and interesting experiences.  Steve even got to have his first stealth camping experience. 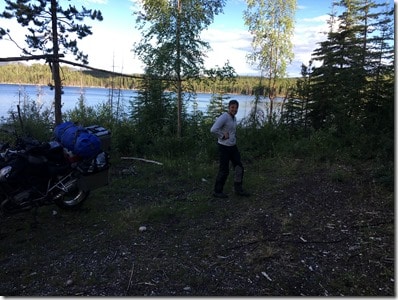 This is Steve.  Steve is very nervous in this photo.  Don’t be like like Steve.  Or maybe you should be like Steve.  You’ll probably stay safer and live longer, but you’ll never know the joys of dirtbagging…  On day 12 I finally decided to introduce Steve to the joys of stealth camping.  What is stealth camping you ask?  Stealth camping is the art of locating and establishing a camp in an undesignated “camping area.”  In my case, usually some distance down a dirt road somewhere.  Successful stealth camping includes not being run off or arrested by law enforcement personnel.  For this particular stealth camping adventure we hit the jackpot. 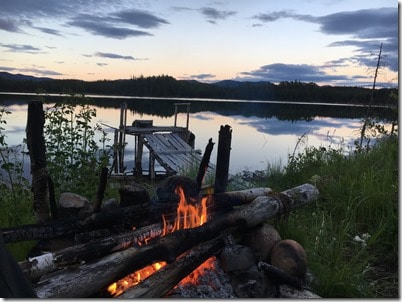 lake.  As we pass said lake a notice a nice little two-track leading off the ALCAN, down over the hill, and possibly to the lakeshore.  After a couple U-turns and navigating the steep, rocky decent we explored the area on foot and by bike to find this little gem.  Obviously this is the weekend camp of some locals.  Thankfully, it’s Wednesday.  The amenities of this fine spot include not one but two makeshift tables, a fire pit, a makeshift john, and a dock complete with diving board with a tire for extra spring.  It’s beautiful.  We’re the only ones around except the beavers at the beaver lodge next door making a ruckus doing belly flops into the lake.  And, of course, these two moose out for an early morning swim: 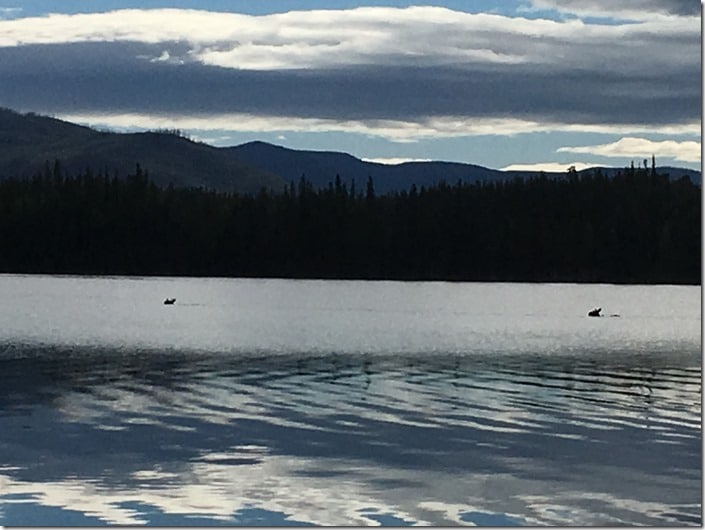 A few days later we had similar luck with this sweet spot by the river on our little detour.  About that… 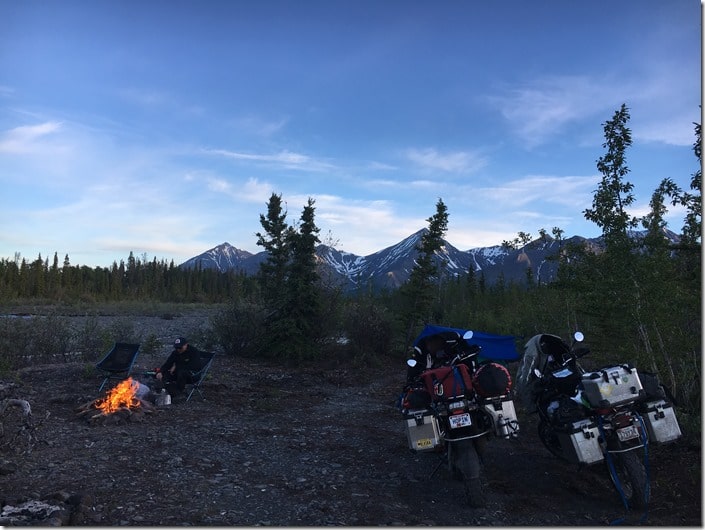 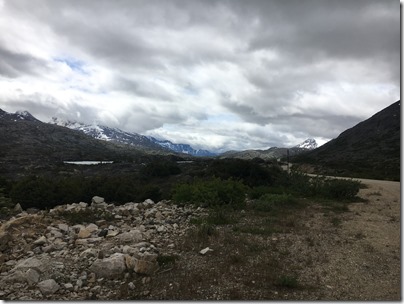 The next golden rule of traveling is that if a local tells you to check something out and you don’t have an ugly feeling in your gut – go check it out!  We took a day’s layover in Whitehorse where I had the pleasure of meeting Connie and Dave.  Amongst a plethora of other good advice, they recommended that we detour off of the Alaska Highway, head South to Skagway, take the ferry over to Haines, and then rejoin the ALCAN at Haines Junction.  It was a day out of our way, but the timing worked out and we went for it.  Am I ever glad we did.  This ride was easily on par if not better then the Icefields Parkway.  I’m going to go with better as it was not packed with tourists and there was almost no traffic.  In one day we went from the Yukon to British Columbia, to Alaska, back to beautiful British Columbia, and on to the Yukon again.

Connie and Dave if you’re out there following along, thank you for the amazing advice.  That was one of the most memorable rides of the trip.  There are more photos below. 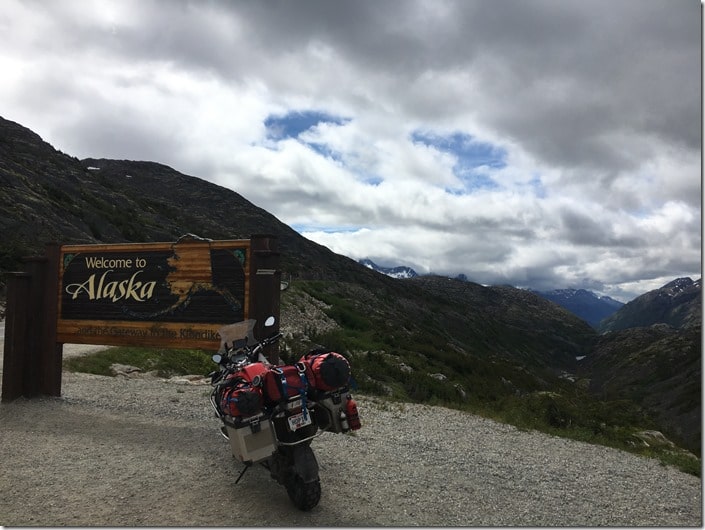 Well folks, that’s all I have time for today.  Hello from Alaska, again!

Want to come and ride with us?  Check out our new venture and join us for The Best ATV Tours on the New River Gorge!