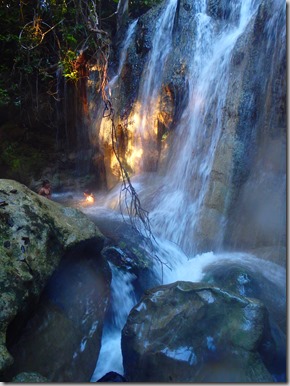 I’m writing you from El Estor, Guatemala this fine January morning.  As the story goes El Estor used to be a bustling port town on Lake Izabal noted for its large store.  The town eventually became known in English as simply “the store,” which was Spanglished into El Estor.  Get it?  Good.  Moving along.  There don’t appear to be any tourists here less ourselves.  We found the place by accident as usual and surprisingly enough it turns out to be on the way to where we didn’t know we were going until we got here.  You follow? 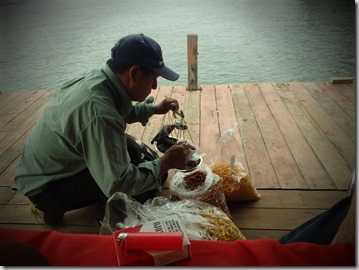 Didn’t think so.  Back in Rio Dulce I emailed Aventura Grande, a startup outfit that’s running rafting trips on the Cahabon River to see if we could get out there and get on the water in trade for a little publicity and SEO Googliness a la freewheelings.com.  It wasn’t until we got here that I received a reply that they were up for a little Guatemala style bartering.  I checked out 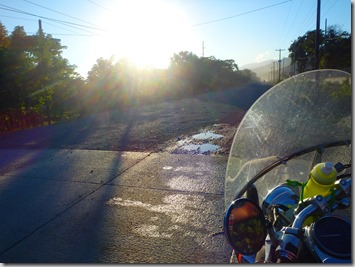 the map, low and behold, our trip to the hot springs waterfall and accidently El Estor had covered a third of the distance to the whitewater outfitter and the Cahabon River.  Mind you, that’s the paved 1/3.  Best as I can tell we’ve got over 100 Kilometers of dirt out the other side of El Estor before we hit Lanquin.  More about that later. 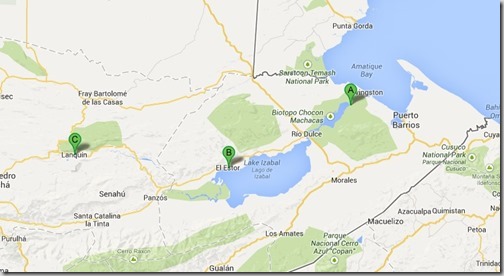 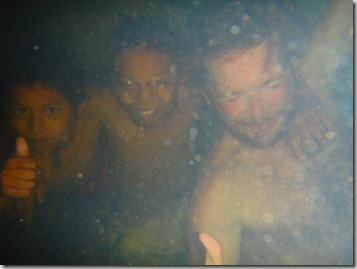 Now, in my search for the hottest and most unique hot springs the world has to offer the hot springs waterfall between Rio Dulce and El Estor ranks right up there.  I’m going to give it a solid toss up for favorites with Laird hot springs on the ALCAN (Alaska Highway).  It’s not what you’d expect from a traditional hot 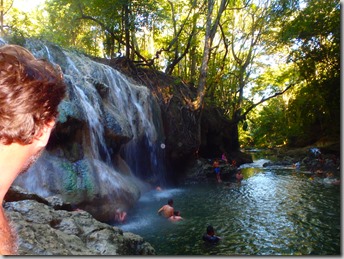 springs.  There are no hot pools, per say.  What you have is hot water coming out of the ground which immediately forms a stream about 4 feet wide and a foot deep, briskly moving.  It hits a rock formation, fans out and cascades over the rock formation some 30 feet to another pool below created by a cool 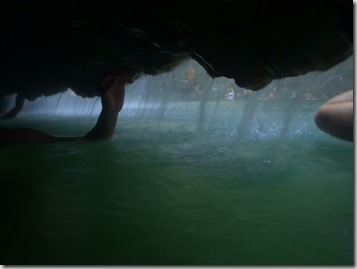 mountain stream.  I’ve never seen anything like it.  The pool below is brisk upstream of the waterfall, tepid below and gradually hotter as you approach the falls.  The main part of the pool below is also just deep enough to jump off of the waterfall.  When I say just deep enough I mean you’re going to plant some part of your body in the gravely sand at the bottom, but it’s doable.  Here’s video proof. 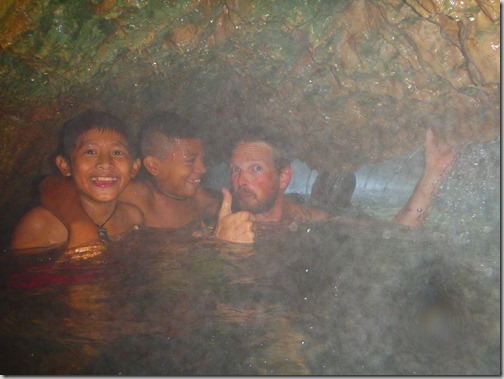 You can go back behind the waterfall into a steamy crevasse and enjoy the warm water and stalactites while being shielded from the splashing.  Keli and I made some new friends.  Cool Kids 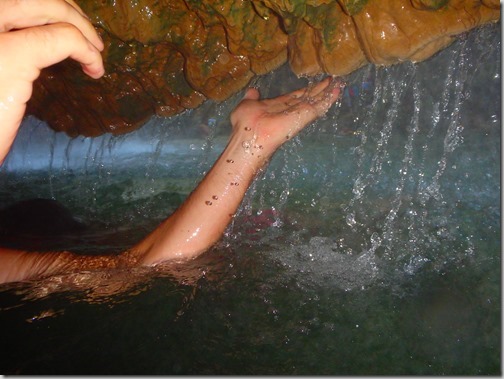 The formations under the waterfall are pretty special.  I think we’re going to go back for another dip, maybe I’ll take a dry bag and a headlamp for some more exploring. 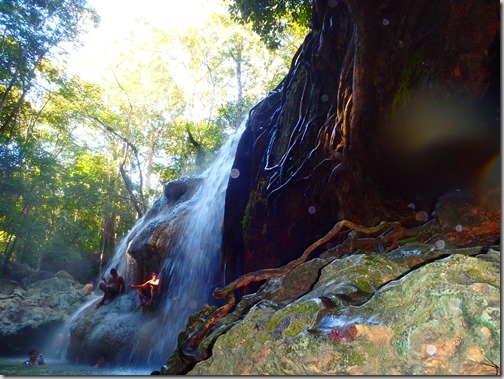 As you can see, climbing up and sitting in the waterfall is permitted.  Actually, everything is permitted – It’s Guatemala. 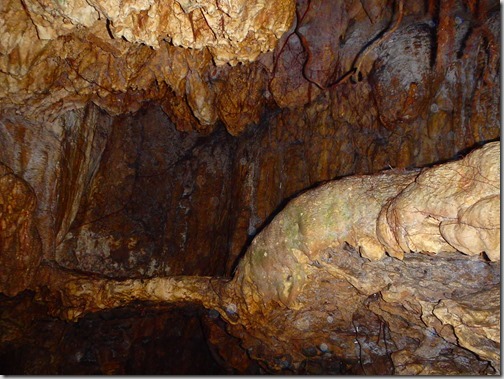 Shelves and caves behind the waterfall 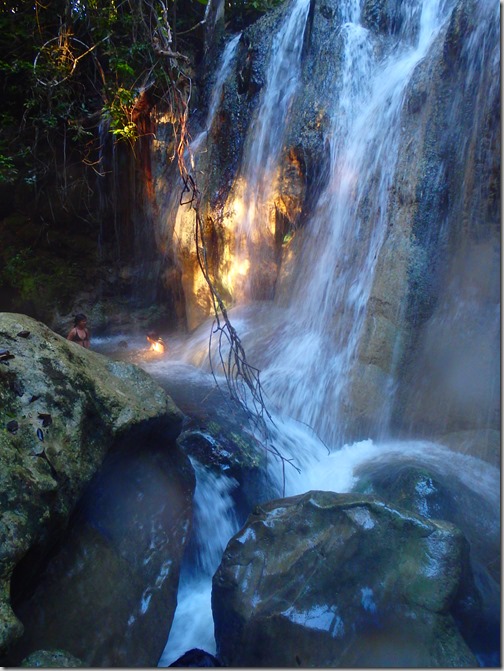 A couple of kids relaxing above the sieve upstream of the waterfall.  We checked it out – It’s not as bad as it looks in this photo. 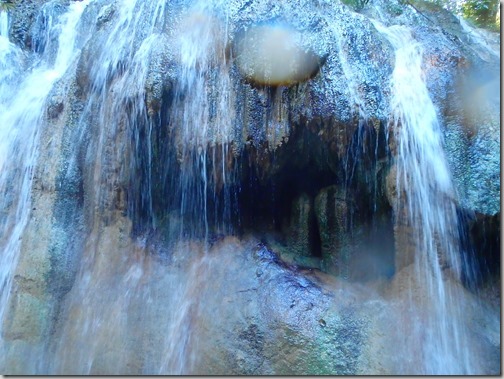 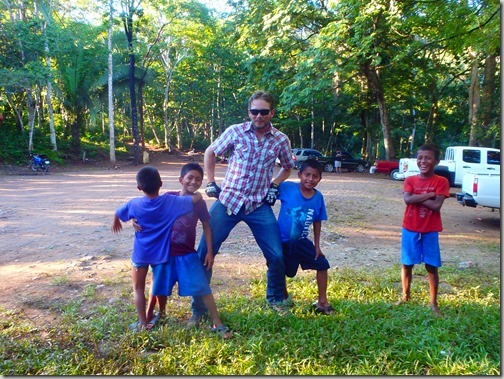 Fooling about with the local kids.

That’ll be all for now.  We’re planning to stay in El Estor and go check out the wildlife refuge tomorrow and then it’s 70 miles of dirt to go raft the Cahabon in Lanquin.  Wish us luck!