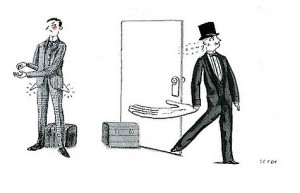 First, if you’re coming down from the states you are just going to have to check all of your expectations of service at the border.  Things work differently down here.  At home, we’ll tip in excess of 20 or 25% for good or great service.  Servers know this and cater to our needs accordingly.  In […] 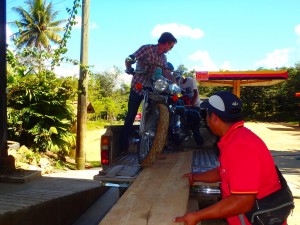 I’m sure you recall the great Guatemala motorcycle wreck of ‘14.  After getting the bike fixed in Cahabon we took off the morning of the fifth day on the final leg of our 80 mile trip to Lanquin, Guatemala.  Upon arriving at the end of the pavement on the edge of town we take one […] 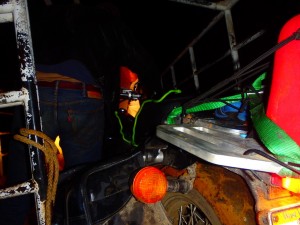 The 3:00 AM truck arrives promptly at 4:00 AM.  The store owner is up and about to watch the show make sure everything goes smoothly.  The driver parks the truck facing downhill on a 15 degree angle, further elevating its bed, and pulls out a 1”x8” 1” thick plank.  He places it wobbly, on […] 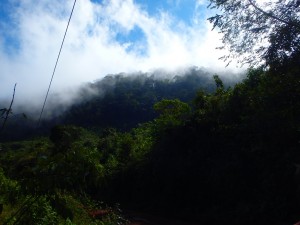 The next morning comes quickly.  Our problems haven’t changed.  I make coffee with an audience and we break down camp.  I remove the cam strap clamps from my cam strap and Gorilla Glue patch on the cranks case.  It looks solid.  I think I’ve finally figured out the correct amount of Gorilla Glue to use.  […] 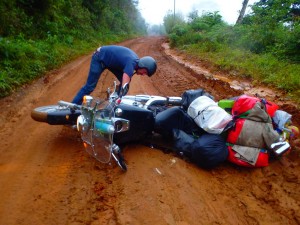 We are fine.  We actually don’t even have a bruise or scrape between the two of us to show for it.  The same cannot be said of the motorcycle.  As I mentioned in my last post Spanglish Me, we embarked on the journey over 90 miles of dirt from El Estor to Lanquin, Guatemala.  I […] 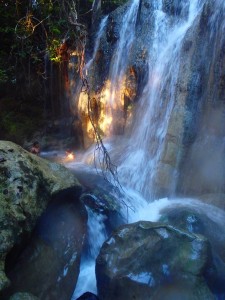 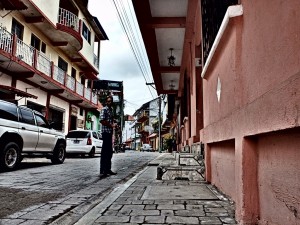 With 2 months, 5,000+ miles and 3 countries in the rearview New Year’s Eve lands us in Flores, Guatemala.  We’re closer to the Panama Canal than we are to Ace Adventure Resort where this whole mess started.  On a straight shot it’s about 1,200 miles to the tip of South America.  It’s still 4 countries […] 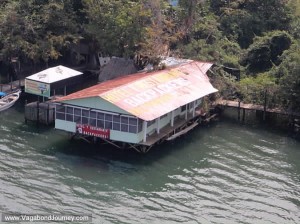 99% of everything that I write here on freewheelings is positive and good natured.  I try primarily to use the clout and reputation of this blog to promote the good things of this fine world in which we live.  Every once in a while I run across a place that is so terribly terrible that […]