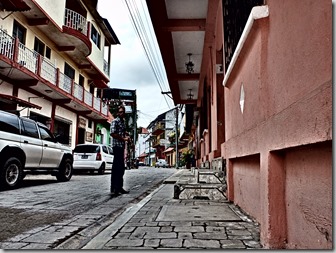 With 2 months, 5,000+ miles and 3 countries in the rearview New Year’s Eve lands us in Flores, Guatemala.  We’re closer to the Panama Canal than we are to Ace Adventure Resort where this whole mess started.  On a straight shot it’s about 1,200 miles to the tip of South America.  It’s still 4 countries away, but we got this. 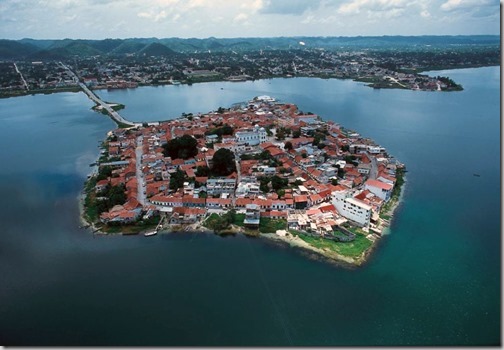 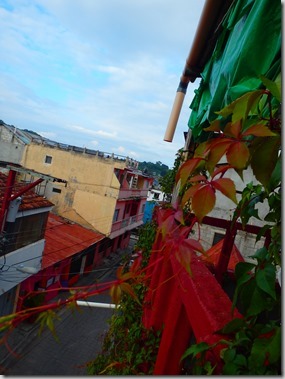 Flores, an island city on Lake Peten, was the last Maya independent state to hold out against Spanish conquerors.  It wasn’t until 1697 that Flores finally fell when the Spanish attacked by boat.  Those who could flee hid out in the surrounding jungle for years to come.  The city was ultimately rebuilt and became a major trade center for the region when a causeway was built in the last century for road traffic.  Now the town serves as a gateway to Guatemala’s largest Maya ruin Tikal.  Fancy hotels and Restaurants dot the island’s narrow streets while travel agencies hawk tours.  Flores has something to offer to backpackers, spendy travelers and everyone in between.

For our part it was good, cheap food, reasonable accommodations and the 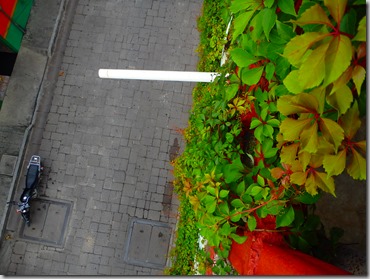 romance of the city itself.  Let’s face it, you cover an island in old buildings, plants and little restaurants and plop in in the middle of a foreign country it’s hard to keep it from being romantic.  We spent three days in Flores and most of our time went to crisscrossing the island back and forth on foot, wandering the small shops and trying the various foods.   You can’t beat that. 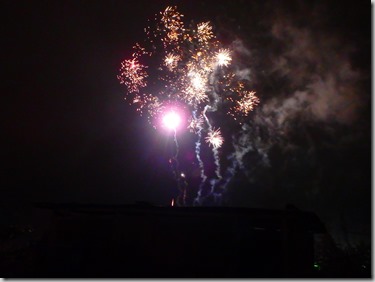 New Year’s Eve was subdued, mostly couples quietly enjoying themselves on the island, like us, splurging on a fancy dinner and wandering the streets for the evening.  The real treat came at midnight.  We decided to wander back to our hotel just the other side of the causeway and at the stroke of midnight climb up to the roof to look for fireworks.  And there it was, a magnificent 360 degree fireworks show that went on for a half an hour.  Everywhere you looked across the horizon people were setting off fireworks.  It was amazing.  The only thing I’ve ever seen like it was from a rooftop in New Delhi when India beat Pakistan at cricket.  The only photo that gives you a true Idea of the magnitude is this one.  Look at the smoke about the city. 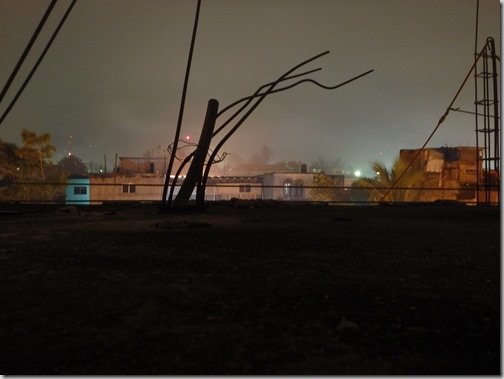 The 4th of July in the US has nothing on New Year’s Eve in Guatemala.  This video hardly does it justice.